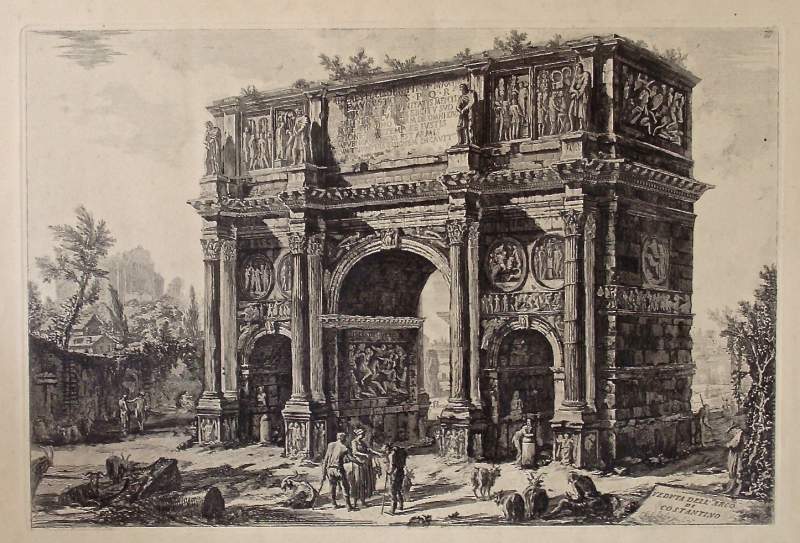 The origin of Ardia lose itself in the beginning of time, and with it the truth of its beginning. Many legends overlap with memory,tales that passing from generation to generation, preserving faith, devotion and gratitude to the holy warrior.

This is described in a document in Scano Montiferro, that probably is the true story of feast, because it is also in the memory of inhabitants of Sedilo and in story of Sedilo, where the date of 1806 , the year of dispute, is considered very important , because since that year, feast in honour of Saint Constantine, became the inhabitants of Sedilo feast.

The following text is taken from an original document that is Always kept by a family of Scano Montiferro. It seems the here are still kept the flag, the ring and the wallet mentioned in the document.

It was reported that a reach landowner of Scano Montiferro, Don Giommaria Ledda, having been a slave of Mooresh, saw in a dream a young man dressed as a roman warrior , whom said to be Saint Constatine Emperor, recommended him to build a church in “Isei Mount” in his honour in order to return him in freedom.

The poor slave, in tears said he couldn’t do it because is had no money, and Saint Constantine disappeared. The day after, the slave was released.

After a time, he arrived in Ghilarza, to sell some heads of cattle. During his journey he met a handsome Young man, who said to be Saint Constantine reminding him of the commitment, so Don Giommaria underlined not to have money so that young man gave him a bag which contained twenty gold coins.

So he reached Sedilo, where only an old and almost hundred-year-old man, said to know where was “Isei Mount”, because when he was a boy after have done there a prank, he was been beaten by his father , who said to him :” From now you will remember of Isei Mount”, overview of Isei Mount where it will be built the Church.

Don Giommaria went to the appointed place, and with the twenty gold coins, he started the works..

Once money finished, he was desperate because he didn’t know where find the rest of it. He return to Scano, where miraculously, his wallet was once more full of money.

He came back to Sedilo, where he continued constructions, that he coud finish thanks to the wallet, that filled in each occasion was required.

Don Giommaria bought also a simulacrum of Saint Constantine, and he built a house for accomodation for inhabitants of Scano, that were going there for devotion.

The date of feast was established on 7 july, the day of Saint Constantine appearance and the day in which Don Giommaria Ledda had been released from Mooresh slavery.

Don Giommaria managed the Church as long as he lived, and himself each year together with Scano Montiferro clergy and Saint Cross fraternity, brought a flag within he made sew in its inner the signet ring that Saint gave to him.

Originally feast was organised, every second year, by inhabitants of Scano and Sedilo until 6 july 1806, year remembered as “ s’annu de sa briga”( the year of dispute), the Dean of Sedilo Pier Paolo Massidda forbade to the inhabitants of Scano to fit in organisation of Ardia of Saint Constantine.

It broke out a quarrel between inhabitants of Sedilo and Scano Montiferro , with their retrait in good order.